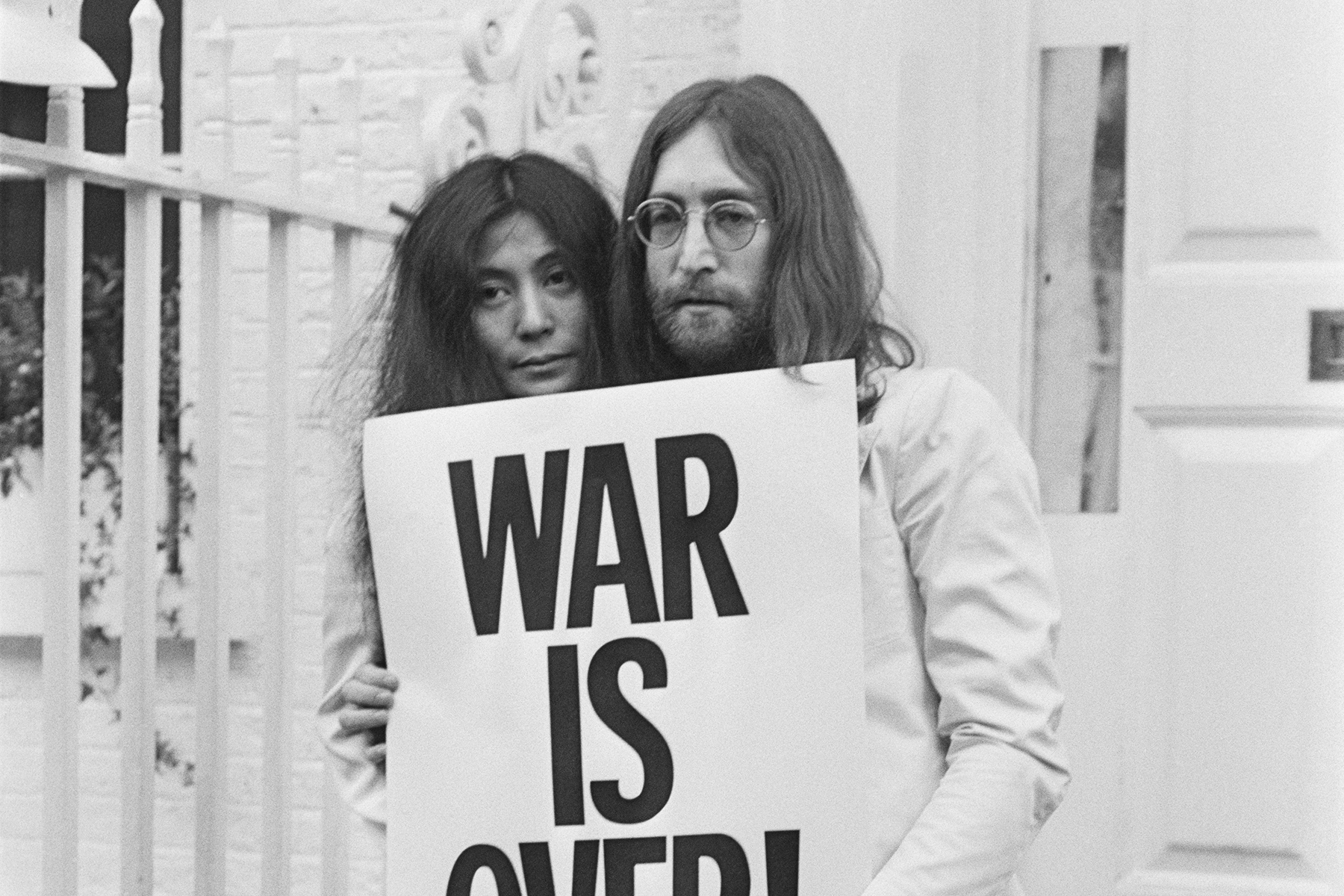 John Lennon, Yoko Ono, and their son Sean Ono Lennon pose for a seasonal family photo in the newly restored video for “Happy Xmas (War Is Over).”

Originally released in December 1971 with the Plastic Ono Band and the Harlem Community Choir, the clip features a montage of a Christmas tree and the Lennon family on sleds in the snow. The choir belts the chorus while the famous billboards that read “WAR IS OVER! If You Want It – Happy Christmas from John & Yoko” flash across the screen. “Bringing all the warm fuzzies of the Holiday Season,” Ono tweeted of the track.

“Happy Xmas (War Is Over)” follows the restored video for “Mind Games.” The tracks were recently included in the new box set Gimme Some Truth. The Ultimate Mixes, released on what would have been the late Beatle’s 80th birthday on October 9th. The collection features 36 songs remixed from scratch — executive-produced by Ono and produced by Sean.

“It’s been a really tough year for everybody,” Sean recently told Rolling Stone. “It’s been genuinely therapeutic to have a reason to reinvestigate all the music and listen to it and really think about it. It’s given me an opportunity to look back at my life and look at my dad’s work in a way that I don’t always have to.”